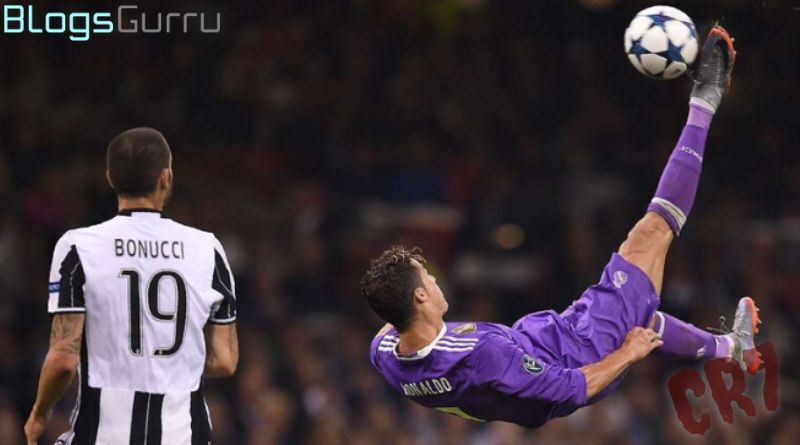 More than 800 senior career goals for club and country have been scored by Cristiano Ronaldo during the course of his more than 1,100 professional appearances. And no, there was no typo there. For close to two decades, the prolific attacker has scored goals at an astounding rate. CR7 gets goals everywhere he goes, from Sporting CP to Manchester United, and from Real Madrid to Juventus.

The best goals scored by Cristiano Ronaldo, though?

The Portuguese megastar is still finding the back of the goal with remarkable regularity despite his old age. The future? Maybe his biggest goal is still to come! Anyway, let’s set aside the future and consider CR7’s remarkable past instead. Here is my attempt to list the top five goals scored by Cristiano Ronaldo. 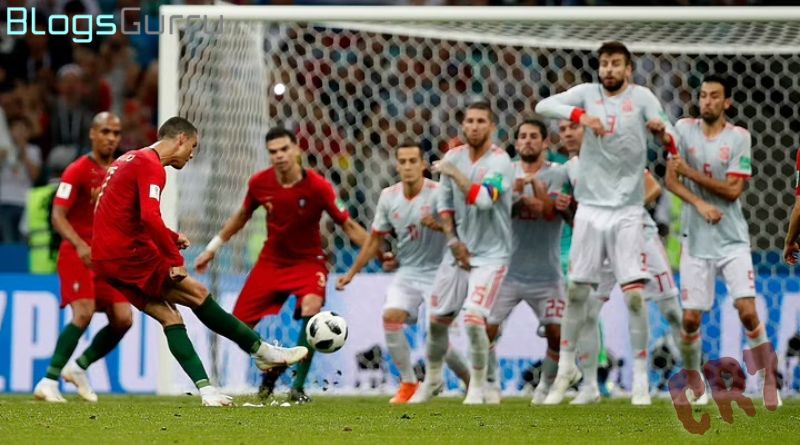 Ronaldo always plays better in crucial games. He is one of the best soccer players of all time, therefore it goes without saying that he rarely gives a subpar performance. But he raises his level even further for significant events. It’s reasonable to conclude that the match between Portugal and Spain at the 2018 FIFA World Cup was a significant event. In the opening round of the competition, the two adversaries faced off, and the result was a World Cup classic.

Ronaldo scored from the penalty spot to start the scoring barely four minutes in. Midway through the first half, Spain pulled even before Ronaldo scored his second goal of the match right before the intermission. The Spaniards came back from a goal down to lead 3-2 after three minutes in the second half. Ronaldo and the rest of the team were facing defeat with just a few minutes left. Then, around minute 88, this occurred.

The scenario was set for one of Ronaldo’s finest goals ever when Portugal was given a free kick on the edge of Spain’s penalty area. And he didn’t let me down. The ball was curved around the Spanish wall by CR7, giving David De Gea no chance to save the shot. As the ball rocketed into the top corner of his goal, the goalkeeper could do nothing but stand and watch. Ronaldo not only saved a point for his team, but he also scored a remarkable hat-trick at the World Cup. Because of this, this goal must be considered to be among Ronaldo’s finest. 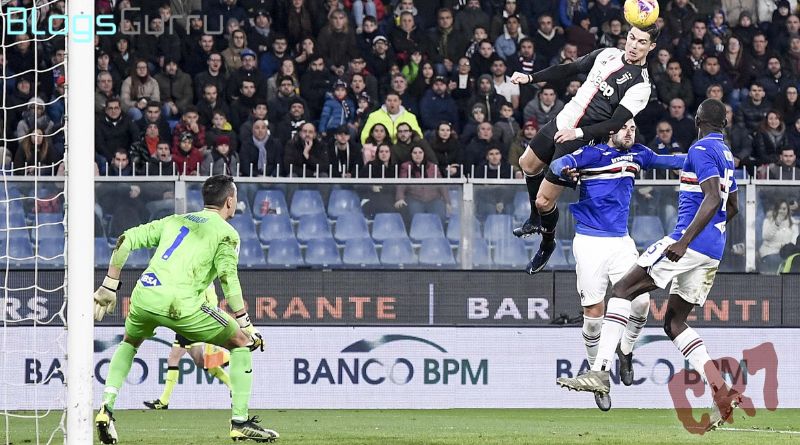 Ronaldo excels in the air and maybe most recognized for his free kicks and long-range strikes. He might rank among the best ball headers in the annals of the sport. Over the course of his spectacular career, CR7 has scored nearly 150 headers. The best of the lot is certainly his physics-defying leap against Sampdoria in 2019.

Just observe how high he leaped!

Just before halftime, Brazilian left-back Alex Sandro fired a looping cross into the box with the score tied at 1-1. Ronaldo towered over his defender and headed the ball into the goal despite it appearing as though the ball was flying over everyone. Unbelievably, Ronaldo’s 8.5-foot NBA-style leap was measured (2.56m). He is 6.1 feet (1.87 meters) tall, thus his feet were practically at the defender’s shoulders. 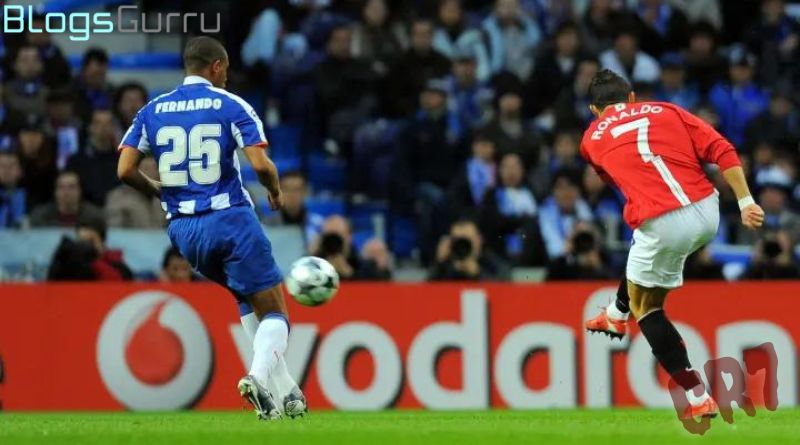 By the time the 2008–09 season arrived, CR7 had already achieved international fame. He played primarily as a winger for Manchester United and contributed to the club’s victories in the UEFA Champions League, two Premier League championships, and numerous other domestic awards.

The previous season ranks among Ronaldo’s best ever. He played a pivotal role in the Red Devils’ historic EPL-UCL double, scoring 42 goals and dishing out eight assists in 49 matches across all competitions. Ronaldo’s decision to join Real Madrid was obvious when he claimed the first of his five Ballon d’Ors in 2008. But he did give the Man Utd supporters a special farewell present before he departed for Spain.

In the first leg of their Champions League quarterfinal match, Man Utd and FC Porto tied 2-2. The away goals regulations required Alex Ferguson’s team to win the second leg in order to advance to the semifinals. In the second leg, Ronaldo picked up the ball over 40 yards from Porto’s goal and fired a rocket into the top corner of the net with less than six minutes remaining. The goalie for Porto hardly had time to react due to the ball’s rapid movement.

One of the best goals Ronaldo has ever scored is a result of the sheer distance of the strike. He had no business shooting from that position, but I suppose that’s what makes him so unique, isn’t it?

2. That Iconic Free-Kick against Portsmouth 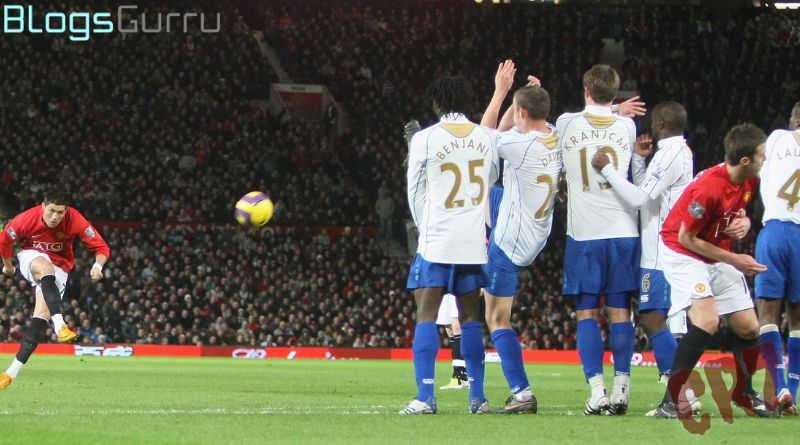 Ronaldo hit what many consider to be his best-ever free kick a year before he nearly burst Porto’s net. If you are familiar with CR7, you will be able to identify the specific free-kick I am referring to. Old Trafford hosted Portsmouth in January 2008. Ronaldo scored in each of his previous two Premier League games, and he did again against Pompey in the first 10 minutes of the match after exchanging passes with Nani.

Two minutes later, a free kick was given to the Red Devils on the outskirts of Portsmouth’s penalty area. As they say, the rest is history. Ronaldo utilized his renowned knuckleball technique to lift the ball up and over Pompey’s wall from a distance of 25 yards. Goalkeeper David James was helpless as the ball sank before falling in the upper corner of the net.

I do mean the top corner when I refer to it. If Ronaldo had picked up the ball and walked it into the goal, he could not have put it more accurately. Swiftly around CR7 were Wayne Rooney, Rio Ferdinand, and the rest of the Manchester United players. After witnessing one of Ronaldo’s best goals, the entire team embraced the Portuguese superstar.

How it can get much better than that, you’re asking, I know what you’re thinking. Now let’s look at goal number one on my list of Cristiano Ronaldo’s best five strikes. 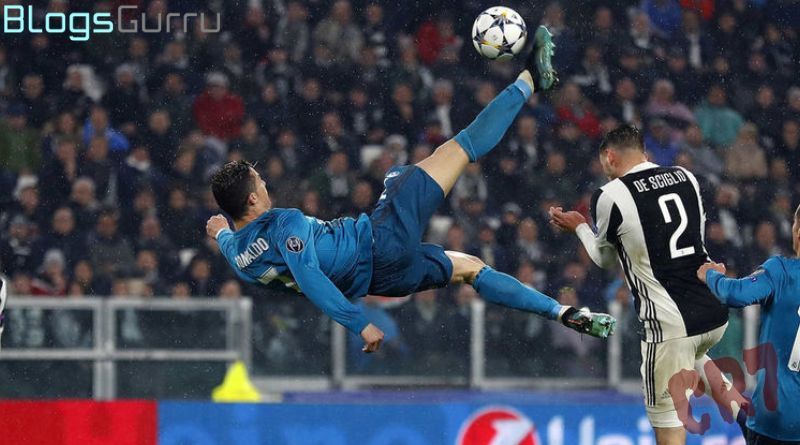 Ronaldo scored an even greater goal against Portsmouth ten years after his famous free kick. In 2008, he seemed to be at the height of his abilities, yet in 2018, he was still performing at his absolute best. That tells you all you need to know about this guy’s longevity. Ronaldo won the Champions League three times in a row with Los Blancos during his ninth and last season with Real Madrid. Real was matched up against Juventus in the quarterfinals after eliminating Paris Saint-Germain in the round of 16.

Ronaldo marked the first leg in less than three minutes. He scored Real Madrid’s opening goal in Turin with a poacher’s finish to give them the lead. The greatest, though, was yet to come. Dani Carvajal chipped an inviting cross into the Juve penalty area in the 63rd minute. Ronaldo readjusted while the ball was a little behind him and unleashed an incredible overhead kick. 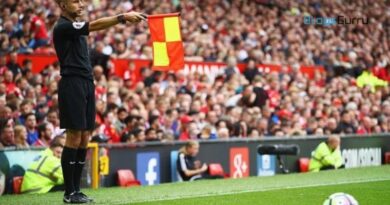 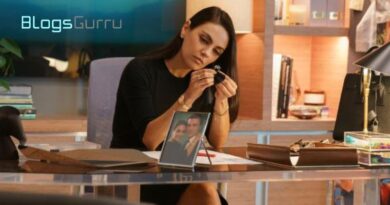 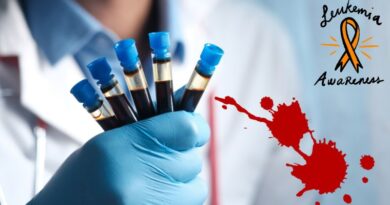 How to Know About Leukemia: Symptoms, Signs, Causes, Types, and Treatment